ADIDAS Real Deals Save up to 70%

NIKE Real Deals Savings up to 70%

Under Armour Deals Save up to 70% 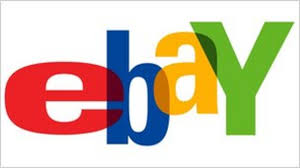 EBAY DAILY DEALS Save up to 80% OFF

Paramount Pictures is scheduled to release the sequel in theatres in the United States on July, 2, 2021. The film was to be released originally in the summer of 2019 but was postponed. The reason for postponing the release was due to production issues with working out the flight sequences, which were quite complex. The Covid-19 pandemic alwo contributed to the delay in release.

The film began development in 2010. Jerry Bruckheimer and Tony Scott offered to make the Top Gun sequel, where it was rumored that Maverick, Cruise’s role, was to be a smaller part in the film. Scott expressed that the changing world of flight fascinated him, since it was so different from the original film. He didn’t want to do a remake, nor reinvent the wheel. He wanted to do a completely new film. It is reported that the film will focus on the end the ‘dogfighting’ and drones in modern aerial warfare to take front and center. Maverick will still fly but a F-18 Super Hornet. However, after Scott’s suicide, the future of the sequel was up in the air. Bruckheimer was still bent on completely the project, but with Cruise and Kilmer’s characters as the focus.

Cruise revealed the title in 2017 stating, “Aviators are back, the need for speed. We’re going to have big, fast machines. It’s going to be a competition film, like the first one… but a progression for Maverick.” The original title song “Danger Zone” by Kenny Loggins is also confirmed to be featured in the film. Kilmer really wanted to reprise his role, even campaigned for it on his social media page. Miles Teller beat out the role for Goose’s son, over Nicholas Hoult and Glen Powell. All were tested for their chemistry with the lead man Tom Cruise. Lastly, Jennifer Connelly came aboard, playing a single mom running a nearby navel base bar.

Production started in late spring of 2018 in San Diego, California, but in late August moved to an aircraft carrier in Norfolk. The carrier was the USS Abraham Lincoln, where flight deck operations were shot. The following February, production shifted to the USS Theodore Roosevelt at NAS North Island. Then finished up in March at NAS Whidbey Island in Oak Harbor, Washington.

The first movie trailer premiered at 2019 San Diego Comic Con, with a surprise appearance by the film’s star, Tom Cruise.